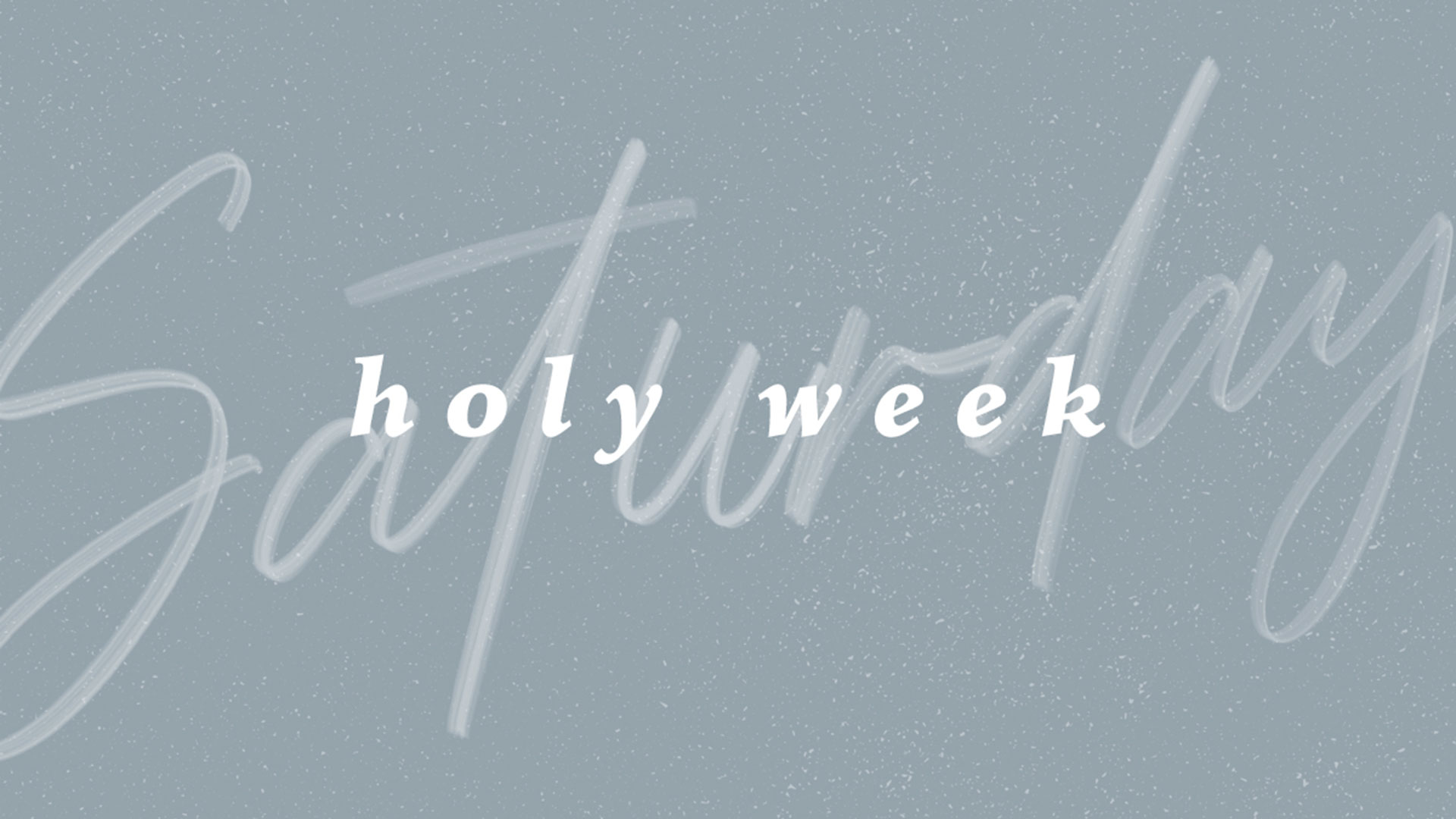 Posted at 09:00h in Stay Connected by ucwd
Share

So yesterday Jesus was killed; tomorrow He rises again (spoiler alert). Those are both pretty notable events, but what about today?

The Saturday of Holy Week has often been called “Silent Saturday.” There is very little mentioned in the Scriptures about today – the guards secured the tomb, and the women who went to the cross with Jesus rested because it was the Sabbath – but as far as we know from Scripture, God doesn’t say anything. Which is interesting. Knowing what we know about Sunday, Saturday would be the day we would expect God to speak, to say something to comfort His people…to say anything.

But we don’t get that. Instead, we get silence. Why didn’t He rescue them from their despair by giving them the end of the story?

I remember one time giving a presentation, and after presenting everything I had prepared for one of the slides, I ran out of information to talk about before the next slide came. The transition from one slide to the next was timed, so there was a solid 10 seconds of silence as I waited for the next slide to come. 10 seconds had never felt so long. It’s amazing how loud the silence is when there’s nothing to fill it.

I wonder if that is at all reflective of what people were experiencing today, back then. For us, the sting of the silence is softened by our knowledge of what happens Sunday. But they didn’t know He would rise.

The one they thought would save them now lays quiet, still, motionless. Dead.

What do we do with a God who is silent when we want to hear Him most?

Most of us would jump to the conclusion that He just isn’t there. It’s funny how, with God, we equate His silence to His absence. But oftentimes in conversation, silence is just the sign of a good listener.

I’m willing to bet each of us have had our own Silent Saturdays; maybe they’ve been silent weeks, months, or years. But what I want to suggest to you today is this: maybe God’s silence is not a sign of His absence. Maybe His silence is actually an invitation to speak.

Today, may you seek out the silence we so often avoid. May you find and speak to God in it, mirroring the invitation of Psalm 62:8: “Trust in Him at all times, O people; our out your hearts to Him, for God is our refuge.” And may you pour out your heart to a God who listens, and come Sunday, will speak a powerful declaration of hope, love, and victory.

Song to reflect on: Time by John Lucas